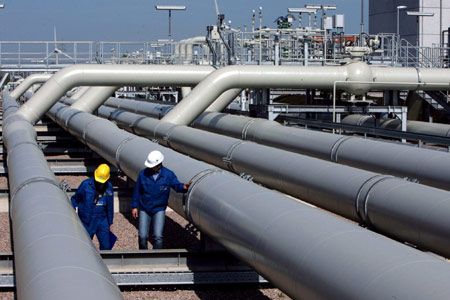 JNN 14 Dec 2010 : An Israeli firm has signed a multi-billion-dollar agreement with Egypt’s East Mediterranean Gas (EMG) company to buy Egyptian natural gas for the next 20 years.

Based on the contract, EMG will provide Leisrael 1.4 billion cubic meters of gas annually for 20 years, one of the shareholders in EMG said on Monday.

The gas delivery will begin in the first or second quarter of 2011. The 4.2-billion-dollar contract’s value is estimated to reach USD 10 billion over time.

The new deal is in addition to an agreement EMG signed in 2008 with US-Israeli consortium Yam Thetis to sell 2 billion cubic meters of natural gas through 2015, fertilizer and specialty chemical maker Israel Chemicals (ICL) said.