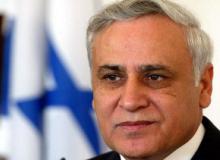 JNN 01 Jan 2011 : The Tel Aviv district court on Thursday convicted Katsav on two counts of rape and other sex abuse charges, declaring that the ex-president’s version of events was “riddled with lies.”

The verdict was handed down more than four years after complaints surfaced severe sexual offenses against his employees.

Katsav was convicted of raping and sexually abusing a former employee from the tourism ministry. He was also convicted of sexually harassing two other women from the president’s residence.

The verdict came one year and a half after the start of his trial and 12 years after allegedly committing the first of the offenses with which he was charged.

The conviction means Katsav will face a minimum of four years in prison.

The 65-year-old Katsav resigned in 2007 and was replaced by Shimon Peres.