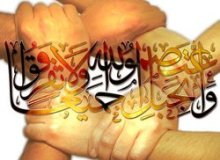 The two-day gathering will look at “how do we break down those barriers that are dividing us and come together?” said Sofia Begg Latif, 25, of Dearborn Heights, one of the organizers.

The conference is cosponsored by the Council of Islamic Organizations of Michigan, based in Warren, and the Islamic Society of North America (ISNA), based in Plainfield, Ind. It is to include Muslim leaders from across the country and panels that feature both Shia and Sunni Muslims, along with Arab-American, south Asian and African-American Muslims.

“The idea of the conference was to have an introspective look at the Muslim community, and all of its diversity and complexity,” said Eide Alawan, who is to speak at the conference and is a director at the Islamic Center of America in Dearborn. “There is no place that really epitomizes that as well as Detroit.”

The conference will include panels on how to improve Shia-Sunni relations, and about racial and ethnic divisions among Muslims. It also will discuss practical ways Muslims can increase unity. In 2006, Shia and Sunni leaders in metro Detroit signed an agreement that calls on Muslims not to insult each other or promote literature that stokes hatred of different Islamic sects.

That type of agreement and cooperation is a model that Muslims in other places could use, Muslims said.

About 400 people are expected to attend, including keynote speaker Imam Feisal Abdul Rauf, who proposed a mosque in lower Manhattan near Ground Zero. The gathering is “a serious and honest heart-to-heart conversation about our diversity, what direction we need to take,” said Safaa Zarzour, secretary-general of ISNA.

Najah Bazzy of Canton, born to a Shia father and Sunni mother, will speak on Sunni-Shia relations. “My mother always taught us that you’re Muslims … and there shouldn’t be issues” between different sects, Bazzy said.