JNN 24 Mar 2011 : Egypt’s ruling junta has approved a constitutional amendment which prevents the establishment of political parties based on religion and discrimination between citizens on grounds of origin, language or gender. END_OF_DOCUMENT_TOKEN_TO_BE_REPLACED 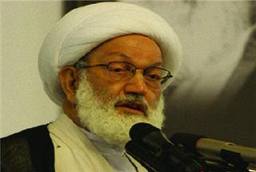 JNN 24 Mar 2011 Manama : People of Bahrain have been given decree By the religious & Spritual leaders of Najaf and even from the Religious Leader of Bahraini Marja e Taqleed Ayatullah Sheikh Essa Qasim in response to the Foreign Invasion of Saudi and GCC forces on Bahrain, which states that now the time for Peaceful struggle has ended END_OF_DOCUMENT_TOKEN_TO_BE_REPLACED

JNN 24 Mar 2011 : The existing social networks on the internet can no longer be reliable platforms for organizing anti-government uprisings, because zionist corporate cartels are beginning to own them, a political analyst says. END_OF_DOCUMENT_TOKEN_TO_BE_REPLACED