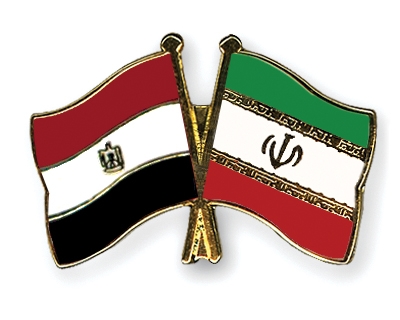 “Foreign ministers of the two countries are scheduled to hold talks on issues of mutual interests in the near future,” IRNA quoted Salehi as telling reporters on Iran-Egypt ties in the Omani capital city of Muscat on Wednesday.

“In a telephone conversation with Egyptian Foreign Minister Nabil al-Arabi, we agreed to meet in the Indonesian resort island of Bali within the next month” on the sidelines of a Non-Aligned Movement (NAM) convention in order to exchange views about ways to promote bilateral cooperation, he added.

The NAM foreign ministers are expected to hold a meeting in the island of Bali later in May.

On April 27, al-Arabi said the NAM meeting provided Tehran and Cairo with a good opportunity to discuss normalization and expansion of bilateral ties.

The Egyptian minister added that the establishment of friendly relations between the two countries will pose no threat to the interests of Arab nations.

Following the ouster of Egypt’s pro-Western President Hosni Mubarak, the post-revolution North African country looks poised to open a new page in its relations with the Islamic Republic.

The Iranian minister also touched upon Iran’s initiatives to resolve the ongoing crisis in Bahrain and said, “We are optimistic about efforts aimed at settling the crisis and hope such moves will draw a road map for the termination of the status quo.”

He emphasized that no excuse is left for the continued military presence of foreign forces in the crisis-hit Persian Gulf state.

Anti-government protesters have been holding peaceful demonstrations across Bahrain since mid-February, calling for an end to the over 40-year rule of the al-Khalifa dynasty.

On March 14, Saudi Arabia and the United Arab Emirates deployed police and military forces in the kingdom upon Manama’s request to help quell the nationwide protests.

Since then, scores of protesters, including children, have been killed and many others gone missing. Regime forces have also raided dozens of mosques, schools, sacred sites and even graves in persisting efforts to suppress all opposition.

According to some reports, Bahraini forces have so far destroyed about 30 mosques with major assistance from the invading Saudi forces.

Egypt’s Former Interior Minister Habib al-Adly has been sentenced to twelve years in jail on charges of corruption and profiteering.

In the first trial of officials from the regime of ousted President Hosni Mubarak, Egypt’s criminal court on Thursday convicted and jailed al-Adly for 12 years, AFP reported.

The former minister now faces a second trial on charges of ordering police to open fire on demonstrators.

Egyptian Judicial sources say the assets of several former officials and ministers have been frozen over corruption and abuse of power.

Ousted president Hosni Mubarak is facing charges of using violence against protesters and corruption. His family is being charged with corruption, as well.

In April, an Egyptian court dissolved the former ruling National Democratic Party of ousted Mubarak and froze its assets.

Egyptian activists say Mubarak must be tried for killing hundreds of protesters during the country’s popular uprising that led to his ouster on February 11.

An Egyptian government’s fact-finding commission report states that 846 people have been killed and more than 6,400 others injured during Egypt’s historic revolution.

One thought on “Egypt’s New Regime to have Diplomatic ties with Iran , But harsh on the previous Govt Looters and Plunderers”