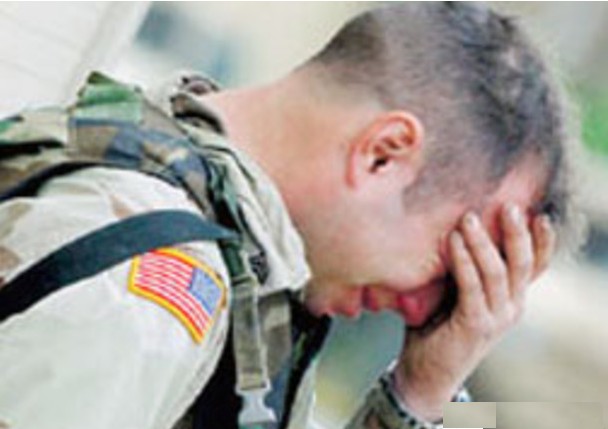 JNN 11 May 2011 : The United States Department of Veterans Affairs has received orders from a federal appeals court to overhaul its mental health care system, largely over the fact that 18 US veterans commit suicide every day on average.

The 9th US Circuit Court of Appeals said that it usually takes four years for the department to fully provide mental health benefits to veterans, and several weeks for a suicidal vet to get a first appointment, the Associated Press reported on Tuesday.

“No more veterans should be compelled to agonize or perish while the government fails to perform its obligations,” Judge Stephen Reinhardt wrote for the three-judge panel. “Having chosen to honor and provide for our veterans by guaranteeing them the mental health care and other critical benefits to which they are entitled, the government may not deprive them of that support through unchallengeable and interminable delays.”

“The delays have worsened in recent years, as the influx of injured troops returning from deployment in Iraq and Afghanistan has placed an unprecedented strain on the VA, and has overwhelmed the system,” Reinhardt wrote.

US personnel are seeing active combat in several countries, most notably Afghanistan and Iraq. Others are deployed as part of several peacekeeping missions.

The US fails to provide timely health care for veterans and active military personnel with suicidal tendencies as more soldiers die from suicide than from an enemy’s bullet, says a US war veteran.
In an interview the  Iraq war veteran Mike Prysner elaborates on the real reason why the US is engaged in wars across the Middle East and the high suicide rate among active and retired soldiers.

While the number is much more higher than this, as this is just the veterans who are out of the military. It isn’t counting the scourge of suicides in the active duty ranks of the military where more active duty soldiers are killing themselves than are being killed in combat in Iraq and Afghanistan.

What this reveals is that despite the mantras by the politicians of supporting the troops and caring about its soldiers, actually they don’t care about them at all because all it would take is some simple funding, some real attention to these mental health care issues to solve this crisis, but the government is simply not doing it. Says the veteran Mike Prysner.

The other point this shows is that this epidemic of suicides among Iraq and Afghanistan veterans and active duty soldiers right now is happening because they are  being sent to these countries not to help anyone or build roads and schools as these politicians like to say.

These suicides are happening because these are brutal occupations against a civilian population that young men and women who have no other choice but to join the military because they couldn’t afford college and they couldn’t get a job and have been made to take part in it.

Well, it’s just one step and it really needs to be a drastic overhaul in mental health care for veterans.

But the main cause of these suicides is constant repeated deployments to two wars that they have no reason to fight. And now the United States is in a situation with endless wars.

The occupations in Iraq and Afghanistan are permanent occupations where soldiers are going to be subjected to permanent combat. And what’s happened is that for the past decade it has put such a strain on the rank-and-file military that it’s led to these record breaking numbers of suicides.

Of course, changes in the health care system will help, but the only solution to this epidemic is withdrawing all of the soldiers from these two wars.

Actually the event and  announcement of Osama’s Death for the US forces , is absolutely not surprising at all because the war in Afghanistan has nothing to do with fighting al-Qaeda.

Even the Bush administration at the outset said that they were not very concerned with finding bin Laden. Leon Panetta, the head of the CIA and the new Secretary of Defense, said that there are probably 50 to 100 al-Qaeda operatives in Afghanistan which is a very small number.

The war was never about al-Qaeda to begin with. The war is about security and a network of military bases to exert dominance over a very strategic, very resource-rich area of the world.

For the US soldiers, the death of bin Laden really means absolutely nothing to them. They’re going to continue to be killed and maimed, subjected to psychological trauma in these wars. Since the 9/11 attack, over 6,000 US soldiers have died in this so-called war on terror. 10,000 more have been maimed and hundreds of thousands have come home with psychological trauma.

The US government now saying it’s going to continue to send these troops to Afghanistan reveals that this war is not a “war on terror,” as they would like to say; it’s the war for empires, the war for global domination, a war that people in the military have absolutely no reason to fight especially with the care they’re getting when they return.