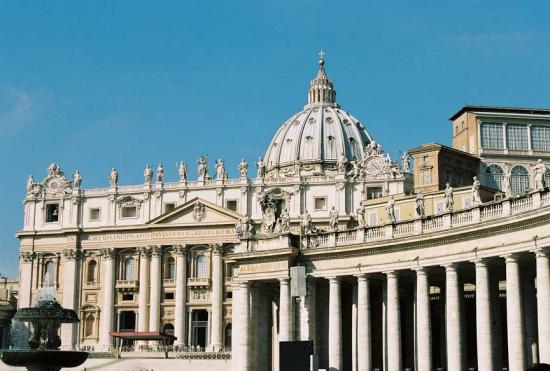 JNN 16 May 2011 The Vatican told bishops around the world Monday that it is important to cooperate with police in reporting priests who rape and molest children and asked them to develop guidelines for preventing sex abuse by next May.

But the letter from the Congregation for the Doctrine of the Faith made no provision to ensure the bishops actually follow the guidelines, and victims groups immediately denounced the recommendations as “dangerously flawed” because they stress the exclusive authority of bishops to determine the credibility of abuse allegations.

The letter marks the latest effort by the Vatican to show that it is serious about rooting out pedophiles from the priesthood, a year after the sex abuse scandal exploded on a global scale with thousands of new victims coming forward in Europe and beyond.

It is significant in that it marks a universal directive to all the world’s bishops to establish “clear and coordinated procedures” with superiors of religious orders to deal with pedophiles and care for their victims. It puts on paper that it is “important” for bishops to cooperate with police in investigating abuse allegations and that bishops should follow civil reporting laws where they exist.

But the vague, nonbinding measure failed to impress advocates for victims who have long blamed bishops bent on protecting the church and its priests for fueling the scandal. Without fear of punishment themselves, bishops frequently moved pedophile priests from parish to parish rather than reporting them to police or punishing them under church law.

“There’s nothing that will make a child safer today or tomorrow or next month or next year,” said Barbara Dorris, outreach director for the main U.S. victims group Survivors Network for Those Abused by Priests.

Critically, the letter reinforces bishops’ exclusive authority in dealing with abuse cases. It says independent lay review boards that have been created in some countries to oversee the church’s child protection policies and ensure compliance “cannot substitute” for bishops’ judgment and power.

Recently, such lay review committees in the U.S. and Ireland, which act as a sort of check on bishops, have reported that some bishops “failed miserably” in following their own guidelines and thwarted the boards’ work by withholding information from them and by enacting legal hurdles that made ensuring compliance impossible.

“Our central concern is that bishops and religious leaders retain enormous discretionary powers to decide if an allegation is credible,” said Maeve Lewis, executive director of the Irish victims group One in Four.

“Clergymen do not have the skills or expertise to make sound decisions in this regard: that is a matter for law enforcement and child protection specialists,” Lewis said, calling the Vatican letter “dangerously flawed.”

The Vatican spokesman, the Rev. Federico Lombardi, said the document’s emphasis on the central authority of bishops wasn’t a negative commentary on the role of lay review boards but rather a reminder of the “great responsibility” bishops have in dealing with abuse cases as heads of their dioceses.

Lombardi explained that the Vatican didn’t make reporting abuse cases to police mandatory on bishops because different countries have different laws that bishops must abide by. The Vatican has said such a binding reporting rule would be problematic for priests working in countries with repressive regimes.

The letter tells the bishops’ conferences to consult with superiors of religious orders and draft guidelines and report them back to the Congregation by May 2012. It says bishops should be prepared to listen to victims, to create “safe environment” programs for minors and to better screen seminarians and ensure they receive proper training about celibacy and the damage done to victims of sex abuse.

It stresses that all accused priests are presumed innocent until proven otherwise.