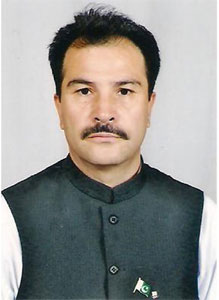 JNN 17 June 2011 QUETTA: ANother Shia Pakistani who was a former Olympic boxer and Presently working as the  Deputy Director General of the PSB, Syed Abrar Hussain, was gunned down by unknown armed men outside the Sports Complex at the Jail Road here on Thursday.

Police said Abrar, 50, was on his way home in his official vehicle from his office at the Sports Complex, when he was intercepted by two armed men riding a motorbike at around 1:45pm. One of the armed assailants sprayed bullets with automatic weapons on Abrar.

The three-time Olympic boxer sustained multiple bullet injuries on his head, while the

Later, the body was shifted to Abrar’s residence on the Alamadar Road. His funeral was held at the Imambargah Nichari in the afternoon, which was attended by large number of people, including the sportspersons, besides the people from Hazara community.

Abrar was laid to rest at the Hazara graveyard on the Alamdar Road in the Balochistan capital. The deceased left behind a widow, a three year old daughter and two-year old son.

The Olympian belonged to the Shia community, more than 12 members of which have fallen prey to sectarian violence over the past two months in Quetta alone . However, so far no group has claimed responsibility for Hussain’s murder.

On the other hand, the Hazara Qaumi Jirgah and Tahafuz-e-Azadari Council have announced seven and three days- mourning respectively, against the killing of Abrar Hussain. The All Pakistan NBP Boxing Championship, which was scheduled to be held in Quetta from Thursday, was postponed by the organizers dur to the sad incident.

The Shia Ulema Council Balochistan has also strongly condemned the incident. In a statement issued here, its leader Allama Ghulam Mehdi Najfi charged that the administration is allegedly backing the terrorism. He said that we have lost patience and might start movement of civil disobedience against the killings.

Syed Abrar Hussain, an agile and daring boxer, was born on February 9, 1961 in Quetta. He made his International debut at the Asian Boxing Championship held in Japan in 1983 and won a Bronze Medal. He represented the country in 23rd Los Angles Olympics in 1984, 11th Mini World King’s Cup-Bangkok in 1985, President Cup Jakarta in 1986, Asian Boxing Championship Kawai in 1987, 11th President Cup-Jakarta in 1987, 24th Seoul Olympics in 1988, President Cup 1989, International Boxing Festival-Islamabad 1989, President Cup-Jakarta 1990 and 14th Commonwealth Games-New Zealand 1990 and annexed a number of medals for his country.

In 11th Asian Games in Beijing in 1990, he gave superb performance and won prestigious gold medal. In recognition of his outstanding performance in the field of sports, he was conferred on the prestigious ìSitara-e-Imtiazî by the Government of Pakistan in 1989.

He was conferred the award of Sitara-i-Imtiaz by the president of Pakistan on August 14, 1989.

At present He was served as Director, National Sports Training & Coaching center, Quetta.

The Quetta and the adjoining area is in a grip of terrorist activities, as it has been a terrorists den ,as the International and Local Media have already announced the “ Quetta Shoora “ and the presence of other terrorist Organisation, and as the history clearly tells us that the launching Pad for the terrorists , is to start their operations as of sectarian Nature against the Most Loyal Patriotic Pakistani Shia community , who have been so much patient even after being the target of these terrorist activities for the last 32 years , and specially the last decade , in which it has escalated upto its limits , and the Thousands of Shia community members have embraced Martyrdom , due to these Rogue Anti Islam and Anti Pakistan elements , which has only one agenda to defame Islam and to Disintegrate Pakistan.