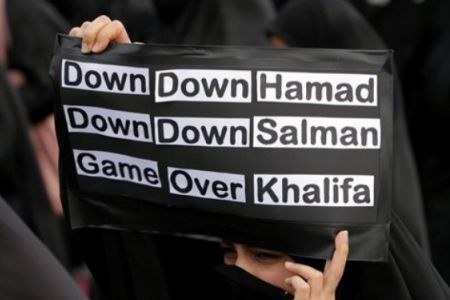 JNN 17 July 2011 Manama :The largest party and opposition bloc in Bahrain has quit the so-called government-sponsored national dialogue currently underway in the country.

On Sunday, the Al Wefaq National Islamic Society said it was leaving the talks pending formal confirmation from its leadership, AFP reported.

The party’s representative at the dialogue, Khalil al-Marzuk said, “We have tried but without success to make it a serious dialogue.”

Manama launched the talks on July 2 with the alleged aim of introducing reforms in the Persian Gulf sheikdom’s system of governance.

Al-Wefaq says since the negotiations started, the government has been trying to muffle the voice of the Bahraini people.

In a popular revolution, tens of thousands of Bahraini protesters have been holding peaceful anti-regime rallies throughout the country since February, demanding an end to the rule of the family.

Al Khalifa has governed the oil-rich island for over 40 years with major backing from the United States, Britain and the neighboring Saudi Arabia.

Scores of people have been killed and many more arrested and tortured in prisons as part of the clampdown in the country — a longtime US ally and home to the US Navy’s Fifth Fleet.