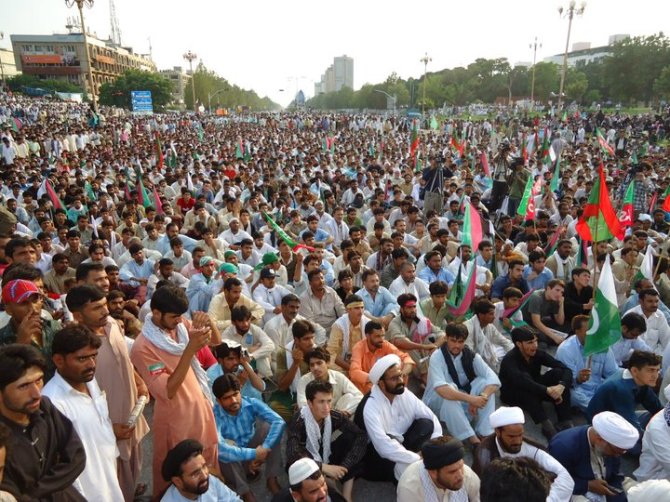 JNN 25 July 2011 Islamabad : On Sunday the 25th of July , A  Protest rally and a sit in front of the Parliament House arranged by the MWM , which gained a huge Momentum ,but under the Instructions of Government  , Pemra  the Main Digital Media abstained from the coverage of the event ,while Only the second line of defence  , the Shia Blogs and Online Papers are giving the coverage of this great event.

On  the call given by Majlis e Wahdat Muslimeen (MWM) thousands of its supporters from across the country gathered at the Central Imam Bargah Asna Asheri  G 6 2 , and from where a  Protest rally was taken out and the end the rally , they staged a Sit in infront of the Parliament House ,against the Unrestricted American interference in the Govt Policies , and governments non serious attitude towards the increasing terrorism , The central leader of MWM Secretary General  Ghulam Nasir Abbas , Agha Hassan Askari , Arif Hussain Shah , Makhdoom Hussain Naqvi, Agha Murtaza,  gave fiery speeches , and in their speeches mentioned that the Ruler for their Personal Interest have sacrificed the Interest of the Nation , and the rulers are  sponsoring the Anti State and anti Islam  element  US , Israel , and even India by not taking cognizable offence against them , and just because of this The Integrity of Pakistan is at stake .

They also demanded the end to the siege of Parachinar which is now in its 5th year and aid and security should be provided to the Beleaguered residents of Parachanar, where hundred of Innocent citizens of Parachinar have already been Martyred ,by the Tehrik e Taliban of Pakistan . As the Army Operation is already  in Action  in this same Kurrum Agency area . And the Armed force of Pakistan , should take a serious note of the situation , when Parachinar even being a Part of Pakistan has been left alone , to fight for their survival .

After wards they called off the sit in infront of the Parliament , and all the leadership of MWM boarded the convoy of trucks , which was ready to be dispatched to the femine stricken People of Parachinar.