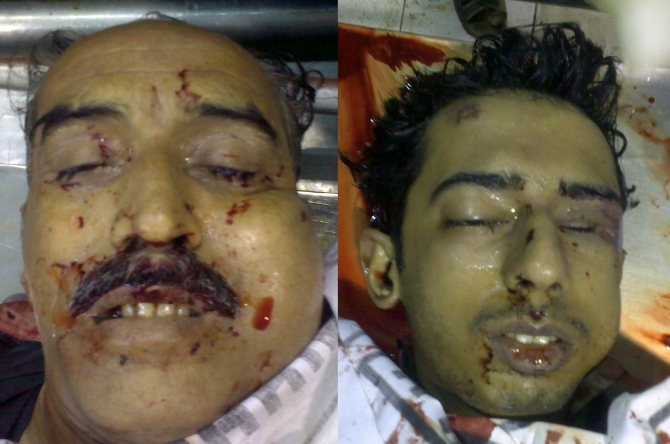 As today is the First Muharram , and the Scouts Volunteers of Botrab Scouts and Pak Hyderi Scouts have erected their camps at the Numaish , M.A . Jinnah Road , and they were Performing their Duty with the religious zeal and fervor , when the Rally of the Banned terrorist Organisation  , for which Shia Ulema & Scholars have already asked theLEA’s and the City Administration to take Notice of this Rally , for which they have their reservations , as legally  Banned Religious Terrorist Outfit can not hold any Public Meetings and Rallies , But instead of Banning the Rally , the LEA’s gave this Banned Terrorist Organisation Permit to take Out a Rally on 1st Muhharam , which was itself a very dangerous decision , and as a result of it , the rally was taken out and when it reached the Numaish crossing , the Shia Scouts who were performing their duties for the convenience of the Azadars , as at the same time there was a Majlis to be started at the Nishtar Park , while as the Scouts where controlling the Traffic at the Intersection the Terrorist of the Banned Terrorist Organisation coming with the rally , which was escorted by Police and Ranger Mobiles , tried to over power the Scouts and Pushed them out of the road , and on this other scouts also came to their help , and in this situation the Terrorist in the rally , who were armed and were ready for the firing , opened fire indiscriminately , and later they targeted the camps of the scouts , as a result of this firing Four of the scouts were critically injured , and this all happened in the presence of the LEA’s Personel , the Azadars present on the scence and the Scouts who even over powered one of the terrorist , who was taken also by his accomplices , and took refuge in the “ Masjid e Khatam e Nabowat “ which even belonged to the terrorist Organisations .

The critically injured Scouts were immediately transferred to the Civil Hospital, where due to the Negligence of the Duty Doctors , and delay in Providing the Urgent Medical Assistance , as the two of the Scouts Zain Ali and Azhar Raza , who were fatally injured by the Bullet wounds , fired by the terrorist of Banned Organisation SSP and LeJ, could not survive and were Pronounced Dead , after a little time and there bodies were shifted to the Mortuary , from where there bodies were shifted to Imam Bargah Shuhda e Karbala, Sadaat Colony , F.B.Area Karachi.

Later there Funeral prayer were offered at Mid Night , while the Body of one of the Shaheed was taken to the Airport for the Burial at the their Ancestral Grave Yard in Chakwal , while the Burial of the other Shaheed will be Performed the next day , at the Wadi e Hussain , Graveyard , Super highway , Karachi.

The Shia Ulema and Scholars have deeply condemned this act of terrorism , by the Terrorist of the banned Organisation , Sipah e Sahaba , and in a Joint Statement issued to the Media , Maulana Ali Mohd. Naqvi , of Shia Ulema Council , Mirza Yousuf Hussain of Shia Action Committee , Chacha Waheed of Jafria Alliance of Pakistan , asking an Immediate crack down on the terrorist Organisation and there Hide Outs made in the Mosques , which are Openly Propogating Hatred and Openly addressing Public Meeting and declaring the Shia Community Members as Infidels and asking their followers to Kill them .

As Now it is a high time for the Establishment to take Notice of these Terrorists and the Banned Organisations like Sipah e Sahaba Pakistan , Tehrik e Taliban Pakistan , Lashkar e Jhangvi , Jundullah and other allied Organisation and Cells , As the Now the US and the Nato forces are not openly attacking and Killing the Pakistan Armed Forces , but at the same time the Terrorist and the Banned Religious Organisations on the Pay Role of US and the Zionist Lobby are trying to Implement their Nefarious designs of creating Anarchy and Dis Integration By creating Sectarian Disharmony and Hatred among Patriotic Pakistanis.