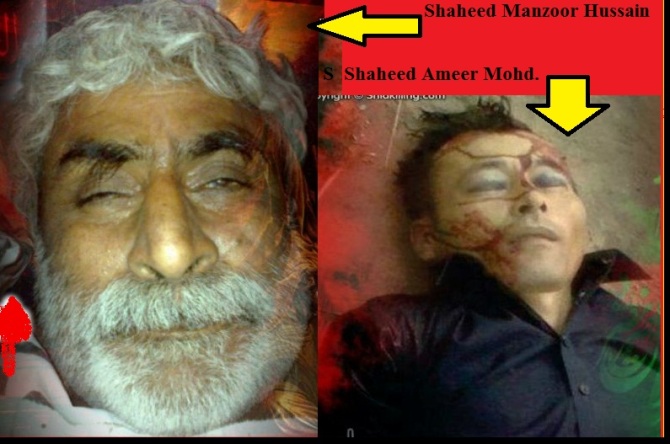 JNN 26 May 2012 Karachi : Last week the Target Killing claimed 4 lives of shia Men across Pakistan . Shehzad Hussain s/o Iqbal Hussain embraced Martydom , when the Bus he was riding , came under terrorist attack on the National Highway , enroute to Pindi. On Thursday 24th May Jawad Raza Shah s/o Ejaz Ali Shah was targeted and Martyred in Lahore , while another Shia Hazara Young Man Ameer Mohd Hamza resident of Hazara Town  was targeted in the Limits of Quetta city, where he embraced Martyrdom by the firing of Lashkar e Jhangvi Terrorists. Earlier in the Week  Manzoor Hussain was targeted in the Limits of Gulshan e Maymar , where he was fired by the same terrorist wing of Sipah e Sahaba , due to which he embraced Martydom.

According to the details, Shehzad Hussain who was the resident of Irani Camp , Orangi Town , Karachi, was travelling by Bus , enroute to Rawalpindi, when it came under attack by the terrorist on the National Highway , who ambushed the Bus, and fired indiscriminately on the Bus from all the sides , due to which several Passangers got injured , who were later shifted to the Nearest Hospital, As Shehzad was critically injured due to the indiscriminate firing, who could not scumb to his injuries, and in the course of his Operation he embraced Martyrdom.

In the second incident On May 24th May 2012 , Jawad Raza was targeted near the Bhati Chowk , Lahore where he was intercepted by the terrorist of Sipah e Sahaba Pakistan, who fired several rounds at him , due to which he was fatally injured , and embraced Martydom on the spot , later on his body was shifted to the Nearest Hospital , where after Medico Legal formalities , it was shifted to the Imam bargah for the funeral .

It should also be noted that there is a new trend coming up , as now the Target Killing of Shia Men have also come to Lahore , as this is the second such case , After the Target Killing of Dr. Shabih ul Hassan , who was also targeted and Killed in the same Metropolis of Lahore . As earlier the Major Target Killing was more in the Cities Like Karachi, Quetta , D.I.Khan , and other areas . While Lahore was a bit calm in this Scenario of Shia Target Killing.

Third Incident was also reported on 24th May 2012 , again in Quetta, in which the Young Shia Hazara Ameer Mohammad , who was the resident of Hazara Town , and was a Daily wages Labourer , and was going towards Kali Chakaar Khan , Saryaab Road, where he came across the terrorist of Lashkar e Jhangvi , who fired several shots targeting him , due to which he was fatally wounded , and could not scumb to his fatal injuries, and embraced Martyrdom on the way to the Hospital , while later his body was shifted to Bolan Medical complex , and after the completion of the Medico Legal formalities , his body was handed over to the relatives for his funeral.

The fourth Incident took Place on 20th May 2012 , in which an elderly Person Manzoor Hussain was targeted in the Limits of Gulshan e Maymar, Karachi , where he was standing infront of his house , when the terrorist of Sipah e Sahaba Pakistan ,came on the bike , and fired several shots targeting him, due to which he was fatally wounded, and embraced Martyrdom on the spot.