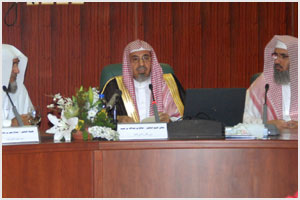 JNN 24 Sept 2012 Riyadh : At least 50 Saudi judges have resigned in protest at the pressure exerted on them by the Riyadh regime to sentence political activists, Press reports.

The judges said in a statement that they made the decision in protest at the regime pressure.

According to Human Rights Watch, the Saudi regime “routinely represses expression critical of the government.”

The Arabic Network for Human Rights Information has called on regional and international organizations to take action against Saudi Arabia’s crackdown on rights activists.

Since February 2011, protesters have held demonstrations on an almost regular basis in Saudi Arabia, mainly in Qatif and Awamiyah in Eastern Province, primarily calling for the release of all political prisoners, freedom of expression and assembly, as well as an end to widespread discrimination.

However, the demonstrations have turned into protests against the repressive Al Saud regime, especially since November 2011, when Saudi security forces killed five protesters and injured many others in the province.