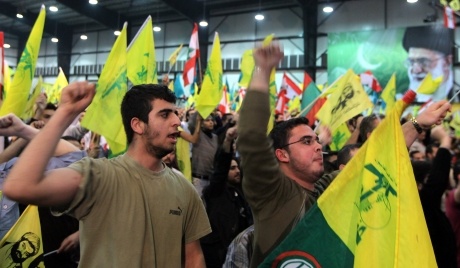 Rebel fighters encircled Qusayr as regime troops launched a fierce assault on the city which is home to more than 10,000 people.

While around 300 rebels managed on Friday to break through army lines near the village of Shamsinn, northeast of Qusayr- after losing 11 fighters – it was unclear if they could quell the advances of regime forces.

Brigadier General Salim Idris, the head of the military council of the Free Syrian Army, told Al Jazeera that the opposition fighters, who arrived from the northern province of Aleppo, were heavily outgunned and overpowered by members of the Hezbollah group.

Idris warned the “revolution could be lost”, if the West did not act quickly and support the rebels with heavy weaponry.

Activists have warned of “a massacre” by regime forces if they manage to storm the city.

The control of Qusayr is essential for the rebels as it is their principal transit point for weapons and fighters from across the border in Lebanon.

It is also strategic for the regime because it is located on the road linking Damascus with the Mediterranean coast, its rear base.

Lebanon’s resistance movement Hezbollah has killed at least 20 anti-Syria militants during clashes in the eastern Lebanese town of Baalbek.

The number of casualties following the Sunday clash is likely to increase after the bodies are retrieved, informed sources say.

Earlier in the day, at least two rockets launched from Syria hit the northeastern Lebanese town of Hermel in Bekaa Valley.

The rockets landed in the Hara neighborhood of the town near the Syrian border. There were no reports of casualties.

According to the Lebanese newspaper Daily Star the terrorist ‘Free Syrian Army’ has claimed responsibility for the rocket attack. “This was a response to Hezbollah’s increasing involvement in Syria’s war,” the group said.

Foreign-backed militants in Syria have previously been involved in rocket attacks on Lebanese border areas.

Turmoil has gripped Syria since March 2011 and the foreign-sponsored militancy has taken its toll on the lives of many people, including large numbers of Syrian soldiers and security personnel.

The Sunday attack came a day after at least 20 rockets fired by the militants in Syria struck Bekaa. Most of the rockets hit the areas of Nabi Sheet and Sareen, leaving several people injured.

According to Lebanese sources, four Syrians have been arrested on suspicion of having links to the attacks.

Last week, a girl lost her life and a woman sustained injuries after three mortar rounds fired by the FSA Terrorirsts struck near Hermel.

The attacks came after Hezbollah Secretary General Seyyed Hassan Nasrallah said the resistance movement’s combatants were fighting alongside the Syrian army against al-Qaeda-linked terrorist in the strategic town of Qusayr near the Lebanese border.

Syrian President Bashar al-Assad has said that if the militants take power in Syria, they could destabilize the entire Middle East region for decades.

The UN diplomatic sources, speaking on condition of anonymity, said Thursday that a Security Council committee that monitors sanctions against Al-Qaeda had come up with the decision to blacklist the al-Nusra Front as an alias of al-Qaeda in Iraq.

One thought on “With Hezbollah’s support to the Syrian Army , the foreign Infested terrorist giving SOS Signals to their Masters”