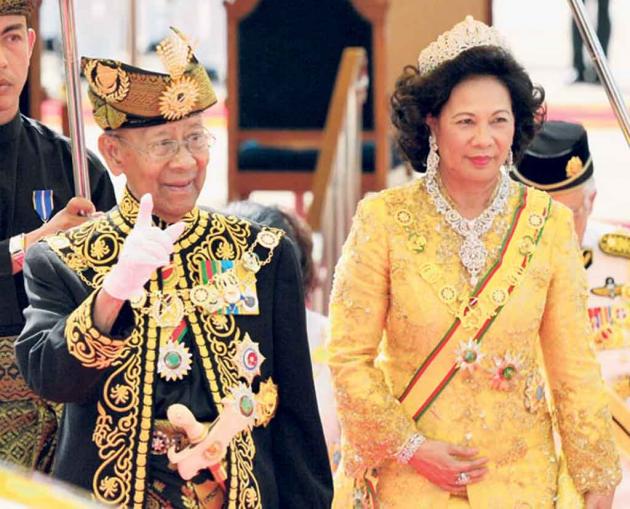 JNN 30 Aug 2013 Kualalumpur : THE state government’s move to enact an anti-Shia law has received the blessings and support of the Kedah palace , The Wahabi King of Malaysia.

THE state government’s move to enact an anti-Shia law has received the blessings and support of the Kedah palace.

He said except for Sunnah Wal Jamaah, other Islamic teachings were banned.

Tunku Annuar urged all quarters to work together to deal with the issue instead of politicising it.

“Shia teachings are rejected by the national and state Fatwa councils.

“As such, the government should take action against those who spread them.

“The sanctity of Islam, the sovereignty of the rulers’ institution, the credibility of the state Constitution and the rights of all the races, which are enshrined under the Federal Constitution, should not debated.”

Menteri Besar Datuk Mukhriz Mahathir had announced that the state government would table a bill to empower religious authorities to enforce an anti-Shia law.

Tunku Annuar reminded all parties to refrain from activities in mosques or surau that threatened the unity of Sunnis.

He urged the Kedah Islamic Council to ensure that mosques and surau were used as platforms to promote unity among Sunnis.

Abd Mutalip, who is also in charge of the state Religious affairs, said it was vital to eradicate the Shia movements in the state as they could threaten the stability of both the state and the country.

Johor has identified more than 1,000 Shia Muslim believers in the state with most of them concentrated in the Johor Baru and Kluang districts.

Abd Mutalip, who is also in charge of the state Religious affairs, said it was vital to eradicate the Shia  movements in the state as they could threaten the stability of both the state and the country.

He said last year the Johor Islamic Religious Council (JAIJ) had organised 18 muzakarah (meetings) with the Shia followers. This was in response to a question from Dr Sheikh Ibrahim Salleh (PAS-Sungai Abong).

“So far, we have 15 meetings this year with the Shia followers,” Abd Mutalip said adding that JAIJ could not provide details whether the meetings were fruitful.

He said the department had no figures as to how many of the Shia followers have been turned over from the meetings as they were more of debating on each other’s beliefs.

Abd Mutalip said that unlike the Al Arqam teachings which could only be traced in Malaysia and Indonesia, Shia teachings could be found in Aghanistan, Indonesia, Iran, Iraq and Syria.

Malaysia is a Pure Wahabi State , is based on Takfiri Principles , as Preaching and even Practice of any other sect is considered to be a Crime and against the State activities, which is totally against the Islamic principles , as Islam prohibits imposition of ones faith and Belief on others , as every body should be free to Practice their own Believes , even so the infidels are not Prohibited to Practice their religion in the Pure Islamic State , but Malaysian Government which is based on Wahabi Principles , as it Doesn’t Prohibit Liqour or Bars in the state , but it has banned the commemoration of Azadari in Malaysia. Which Proves that Zionist are Welcomed but Unity among Muslims Different Sect should not be created .