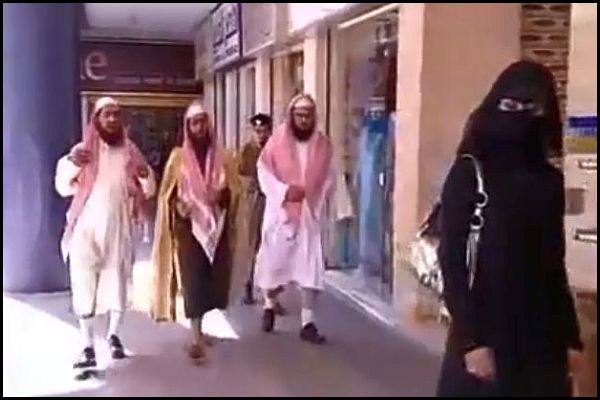 JNN 03 Aug 2013 DUBAI – The entrance of a Saudi religious police building has been set on fire, Saudi media reported on Sunday, in a rare attack on a force criticized by the public for its heavy-handed tactics.

Formally known as the Committee for the Promotion of Virtue and the Prevention of Vice, ( Amr Bil Maroof Wa Nahi Unil Munkir ) religious police officers patrol the streets to enforce gender segregation and ensure the public behave in accordance with their strict Wahabi interpretation of Islamic teachings.

They have power of arrest and have drawn public criticism in the past over car chases that have led to fatal accidents, prompting the committee’s head to ban such pursuits.

Committee officials declined to comment by telephone, but the Al Watan newspaper on its website quoted a spokesman confirming the attack which occurred at dawn on Saturday.

“The committee’s branch in Thuhrat Al Badeia (West of Riyadh) was intentionally set on fire by assailants,” Abdul Rahman Al Sheri, a committee spokesman, said according to Al Watan.

Officials said Sunday that security cameras showed a fire being set to an electrical meter outside the office. There were no injuries or serious damage.

The attack late on Saturday night was “intentional and the assailants targeted the electricity meter outside the centre” to try to start a fire, deputy spokesman for the commission in Riyadh, Mohammed al-Shuraimi, told Al-Watan daily.
No one was hurt in the incident, he told the paper.

The newspaper did not speculate on who might be behind the attack and what prompted it.

The ultra-conservative Wahabi kingdom this year set new limitations on the powers of members of the commission, such as interrogating suspects and pressing charges.