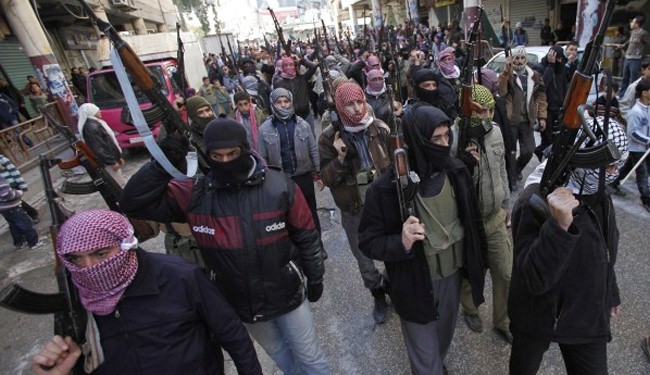 According to U.S. statistics agency Pentapolis, the overwhelming majority of these militiamen who are from the 5 continents of the world have joined extremist groups and call themselves “jihadists.”

Topping the list are Tunisian nationals, with 1,902 killed. They are followed by the Libyans with 1,807 killed.

In North Africa, the Moroccan and Algerian nationals have respectively 412 and 273 dead in Syria as Mauritanians have registered one single victim while in North Africa, Egypt, Somalia and Sudan have 821, 42 and 3 fatalities respectively.

Towards the countries of the Persian Gulf, Saudi Arabia is the one that has the most killed, with 714 deaths. It is followed by Yemen with 571, followed by Kuwait (71 dead), Oman (21 dead), the United Arab Emirates (9 deaths) and Qatar (8 deaths).

The funding comes from around the world, according to the Washington Post. The terrorists in Syria were for long dependent on donations from the Persian Gulf Arab States, including Qatar, and they continue to receive donations sent by individuals with extremist tendencies.

The statistic conducted by the U.S. agency was confined to the numbers of dead Arab militants without the any statistic on the number of foreign dead militants.

Syria has been gripped by deadly unrest since March 2011. According to reports, the Western powers and their regional allies — especially Qatar, Saudi Arabia, and Turkey — are supporting the terrorists operating inside Syria.

According to the UN, more than 100,000 people have been killed and a total of 7.8 million of others displaced due to the violence.

One thought on “US & Saudi’s gathered 130K foreign terrorist from 49 countries to Uproot Syrian Govt , but failed”