JNN 01 Dec 2013 Luanda : The government in Angola has reportedly demolished Several mosques in the country after giving the impression that practicing Islam is illegal in the country.

On Friday, several newspapers in the South African country quoted the Angolan Minister of Culture, Rosa Cruz e Silva, as saying that “the process of legalization of Islam has not been approved by the Ministry of Justice and Human rights… Mosques would therefore be closed until further notice.”

Silva reportedly said the ban was necessary since Islam is “contradictory to the customs of Angola culture.”

As part of the ban, the Angolan government began a demolition program of mosques and other Islamic sites.
The decision is the latest in a series of efforts to ban what Angolan officials refer to as “illegal religious sects.”

The reports of the ban on Islam, however, cannot be independently verified as Angola’s constitution guarantees freedom of religion to all of its citizens.

On Monday, an unnamed official at the Angolan Embassy in Washington D.C. denied that the nation has banned Islam, saying “The Republic of Angola … it’s a country that does not interfere in religion.”

“We have a lot of religions there. It is freedom of religion. We have Catholic, Protestants, Baptists, Muslims and evangelical people,” the official added.

In October, Muslims living in the municipality of Viana Zango in the capital city of Luanda, were shocked to find out the minaret of their mosque dismantled into pieces. The authorities provided no proper explanation regarding the move.

While Angola’s government has denied it had banned Islam and closed mosques in the African country, after media speculation that sparked outrage among Muslims worldwide.

“There is no war in Angola against Islam or any other religion,” Manuel Fernando, the director of the National Institute for Religious Affairs, part of the ministry of culture, claimed on Tuesday.

“There is no official position that targets the destruction or closure of places of worship, whichever they are.”

David Ja, a spokesman for local Muslims, challenged the government’s account and said that a number of mosques had already been closed.

But according to the ministry of culture, those closures were related to a lack of necessary land titles, building licenses or other official documents.

A witness in the province of Uige (Carmona) said that the closed mosques were built by expatriates from west and north Africa who needed a place to perform Friday prayers.

“It’s true that several mosques have been destroyed and others simply shut down in the last few months. Most of the mosques that were destroyed were built without government permission. Two authorized mosques in Luanda are still operating without a problem. I have not heard of any official decision to ban Islam or prohibit Muslim prayers in mosques.” Ahmed ould Taher said.

Reports that Angola, a traditionally devout Catholic nation, would crack down on Muslims had drawn condemnation from the Organization of Islamic Cooperation and others.

In Egypt, mufti Shawqi Allam said such a move would be “a provocation not only to Angolan Muslims but to more than 1.5 billion Muslims all over the world”.

The controversy was further fueled by the government’s poor communication on the issue.

Religious organizations are required to apply for accreditation in Angola, which currently recognizes 83, all of them Christian.

The overwhelming majority of citizens in Angola, a country with a population of 19 million, are Christian, While several hundred thousand of whom are Muslims , whose number is growing. 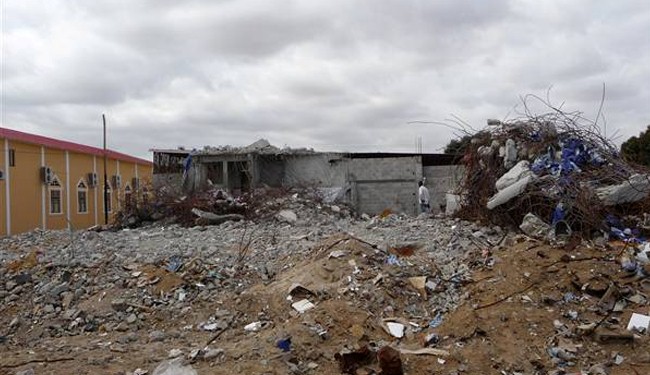 3 thoughts on “Christian Angolan Govt. Demolishes Mosques , But Later Back Tracks on its Ban on Islam in the Country”