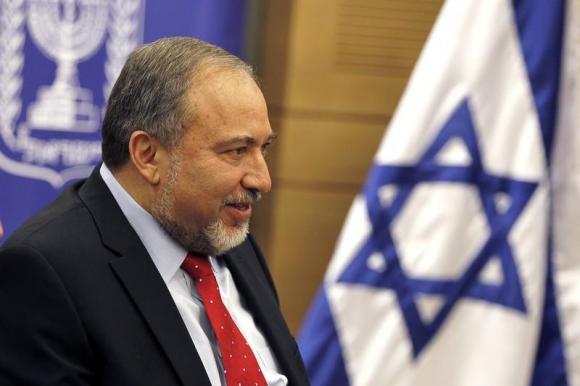 JNN 17 April 2014 Jerusalam The Zionist regime is holding secret talks with some Arab states that do not recognize it, looking to establish diplomatic ties based on a common fear of Iran, Israeli Foreign Minister Avigdor Lieberman said on Monday.

Amongst the countries he was in contact with were Saudi Arabia and Kuwait, Lieberman told newspaper Yedioth Ahronoth – the first such disclosure by a senior Israeli official, Reuters reported.

Saudi Arabia denied having any talks with Israel. Kuwait was not immediately available for comment.

Both these states, along with most other Arab nations, have traditionally been highly hostile towards Israel, which has only signed peace deals with two neighbors – Egypt and Jordan.

“There are contacts, there are talks, but we are very close to the stage in which within a year or 18 months it will no longer be secret, it will be conducted openly,” added Lieberman, who is a far rightist in the coalition government.

Lieberman said he was in touch with “moderate” Arabs – a term Israelis often use for Wahabi states in the Persian Gulf and elsewhere in the Middle East that align with U.S. interests. He also said he would have no problem visiting Saudi Arabia or Kuwait.

A spokesman for Saudi Arabia’s Foreign Ministry said: “There are no ties or talks with Israel at any level.”

Yedioth paraphrased Lieberman as saying some new Israeli-Arab peace accords would be signed in 2019.

“I’m certain that by then we will have a situation in which we have full diplomatic relations with most of the moderate Arab states. And you can count on my word,” he said.

2 thoughts on “Israel having Secret Talks with Saudi Arabia , Kuwait and other Arab Countries to have Diplomatic Ties”