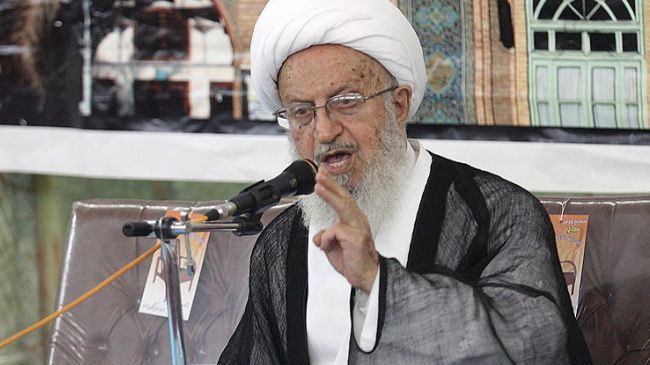 “We warn the Saudi officials that such extremist actions will hurt the sentiments of all Shias around the world,” the grand Ayatollah said in a statement released on Tuesday.

Ayatollah Makarem further warned about the consequences of enforcing the death penalty for the Saudi Shia cleric, Sheikh Nimr al-Nimr.

“Issuing the death sentence for a respected religious scholar will never be tolerated by the Shia clergy and their followers around the world,” the statement read.

“Instead of intensifying the crackdown on Shias, the Saudi rulers should heed their sorrows and grieves. They are calling for their lost rights. They are asking for the right to perform their religious duties.

“They (Saudi Shias) love their country. And this is not logical to behave them in such a way,” the statement said.

Protests against the Al Saud family have intensified since November 2011, when security forces opened fire on protesters in Qatif in Eastern Province, killing five people and leaving scores more injured.

Activists say there are over 30,000 political prisoners in Saudi Arabia.