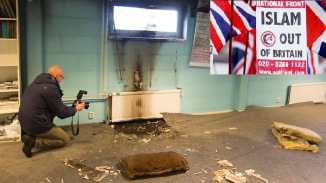 JNN 01 Jan 2015 Stockholm : Swedish police were hunting Thursday for at least one suspect following what is believed to be the third arson attack on a mosque in a week.

“Someone threw a firebomb, a Molotov cocktail at the building,” Torsten Hemlin a spokesman for Uppsala police told Swedish news agency, adding that the bomb did not set the mosque in eastern Sweden alight.

“They also wrote some vulgar racist words,” he said, adding that no one was in the building at the time of the attack.

Police in Sweden’s fourth largest city Uppsala were alerted by passers-by who reportedly saw a man throw a burning object at the mosque at around 0430 GMT.

“The crime has been classed as attempted arson, vandalism and incitement to hatred,” the police said in a statement appealing for eyewitnesses to come forward.

Thursday’s attack came just three days after a late night blaze at a mosque in Esloev in southern Sweden which police suspect was also arson.

On Christmas Day five people were injured when a petrol bomb was thrown through the window of a mosque in Eskilstuna, east of the capital Stockholm.

The country’s leftist Prime Minister Stefan Loefven called the Christmas attack a spurt of “hateful violence” and said Sweden would “never tolerate this kind of crime”.

According to the anti-racism magazine Expo, there have been more than a dozen attacks on mosques in Sweden in the last year.

The attacks come as debate intensifies in the country over immigration and the integration of asylum seekers in the traditionally tolerant Nordic country.

Last month the far right Sweden Democrats — which doubled its support to 13 percent in September elections — came close to bringing down the left-green government over its liberal refugee policies, further boosting its support in opinion polls.

A man was arrested for vandalizing an Islamic center in the US state of California, authorities say.

Khan broke a number of windows, bleached an American flag, and vandalized a nearby medical office among other things, said the police chief.

Police suspects the case might be a hate crime as a mosque has been targeted, Dyer noted.

Samia Khan, the suspect’s sister, said his brother was suffering from a mental illness and therefore not guilty.

Fresno police investigators will notify the Federal Bureau of Investigation (FBI) whether the move was a hate crime after they interrogate the suspect, Dyer said.

Khan’s family has apologized for desecration of the mosque, Samia said adding the family was part of the city’s Muslim community.

Hate Crimes Against Muslims on the Rise in UK

The number of Muslim women reporting hate crime has risen by up to 10%, according to a UK charity.

TELL MAMA, a national project measuring anti-Muslim incidents, has told Sky News that over the last 18 months they have seen a 5-10% increase.

Research has shown that Muslim women are subjected to “opportunistic” verbal or physical attacks, mostly by men, on the street.

Yasmeen Khalid, 21, from Bromsgrove, says she has always faced abuse, but the problem has become worse in recent months.

She says out of 30 different hate crime incidents, she has only ever reported two, and admits wearing a hijab has made her a target.

“By looking, they instantly know I’m Muslim… sometimes people call me a terrorist, sometimes they say ‘Paki’, sometimes someone has called me ‘Taliban’ or stuff like that,” she said.

“Sometimes I speak up, sometimes I just cry, go away somewhere, and cry because I don’t know what to do.”

Fiyaz Mughal, from the TELL MAMA campaign, says there’s “been an enormous shift in the language of anti-Muslim hate. International and national incidents create differences in the way narratives are set.”

Shalina Litt, from Birmingham, has been the victim of racist abuse on the street while wearing the hijab.

“Actually we are mothers, we are daughters, we are sisters,” she said.

“I really just hope that any mothers, any daughters etc., can speak to their sons and say actually it’s not right and we do need to change how we approach this.”

The TELL MAMA project highlights there is still “substantial under reporting” by the Muslim community about hate crime.

Part of their approach involves working with different agencies through community outreach and education.

JNN 07 Nov 2014 : Sweden has recognized the occupied state of Palestine officially, according to its foreign ministry. The Scandinavian has become the first West-European EU state to recognize the territories. Israel has recalled its ambassador in Sweden. END_OF_DOCUMENT_TOKEN_TO_BE_REPLACED

JNN 02 Sept 2014 Stockholm : A course on Shia studies will be included in the curriculum of the Historical and Contemporary Studies Department at the Theology Faculty of Sodertorn University in Stockholm, Sweden. END_OF_DOCUMENT_TOKEN_TO_BE_REPLACED

JNN 10 May 2014 Oslo : Most Swedes with a home mortgage are doomed to die before repaying their debt, according to a study published on Wednesday by Sweden’s central bank. END_OF_DOCUMENT_TOKEN_TO_BE_REPLACED 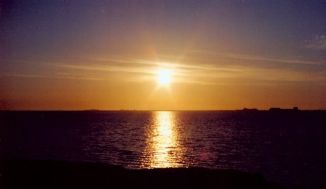 JNN 15 July 2013 Stockholm : Swedish Muslims north of the Arctic circle have long waited for and feared this summer. When the sun never sets, they have pondered how to observe Ramadan, when devout Muslims fast from sun up to sun down for a month. END_OF_DOCUMENT_TOKEN_TO_BE_REPLACED 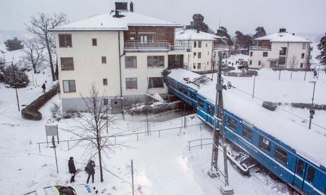 JNN 17 Jan 2013 STOCKHOLM — A woman stole an empty commuter train from a depot Tuesday and drove it to a suburb of Stockholm where it derailed and slammed into an apartment building, officials said.

END_OF_DOCUMENT_TOKEN_TO_BE_REPLACED 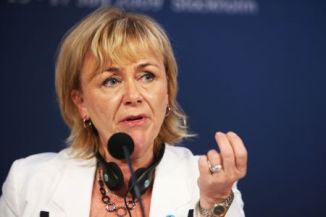 JNN 07.11.10 Swedish government officials have accused the US Embassy in Stockholm of conducting unauthorized surveillance activities in the country, shortly after similar charges were made in Norway and Denmark.

The surveillance, performed by people “assigned by the [US] embassy to undertake the measures,” has been in place since 2000 and its extent is still unknown, Swedish Justice Minister Beatrice Ask said on Saturday.

“It seems as though we haven’t been fully informed and that’s not good,” AP quoted her as saying.

Ask called on US officials to cooperate in the investigation into the matter.

She did not disclose the targets of the surveillance but pointed out that the activities “seem to be similar” to those uncovered in Norway earlier this week.

“We welcome that those countries that have a heightened threat risk apply their own measures to reduce the risk for attacks, but of course it has to be done in line of what the Swedish law says and permits,” Ask noted.

Denmark’s TV-2 Denmark disclosed on Saturday that the US Embassy in Copenhagen has also conducted secret surveillance activities in the Danish capital.

The repot says a unit of 14 agents attached to the US Embassy kept tabs on Danish citizens by adding their personal data to a special computer database.

Also on Wednesday, Norway’s TV-2 News channel revealed that the US Embassy in Oslo has hired 15 to 20 people to monitor local residents.

Following the disclosure, Oslo asked US officials to provide an explanation.