JNN 02 Aug 2013 Jakarta : Sampang’s persecuted Shiite Muslim minority, fearful of another round of forced conversions by Wahabi Muslims, called on President Susilo Bambang Yudhoyono to ensure their religious freedom after a forum meant to negotiate the exiled group’s homecoming placed the matter in the hands of Wahabi clerics accused of inciting sectarian tensions in Madura Island.

END_OF_DOCUMENT_TOKEN_TO_BE_REPLACED

JNN 18 Oct 2012 Kualalumpur : Sampang Shia community leader Tajul Muluk has remained in detention at the Sidoarjo penitentiary for the past week without a clear legal basis, despite the end of his detention period having been reached, his lawyer Asfinawati said on Wednesday.  END_OF_DOCUMENT_TOKEN_TO_BE_REPLACED 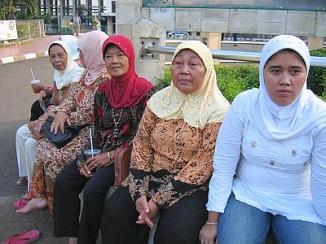